|  | The history of Bitcoin (Short version)

The history of Bitcoin (Short version)

The mining of the Genesis block

Satoshi Nakamoto, the person or persons behind Bitcoin, wrote a whitepaper in which the idea was introduced for a peer-to-peer transaction network. The idea to use a blockchain to record transactions – an immutable ledger, which proves transaction history in a decentralized manner, was a revolutionary one.

On the 3rd of January, 2009, this idea was materialized: Satoshi mined the first block, also called the Genesis block. He did this with a simple CPU, something that would be impossible to do today. From this day on, Bitcoin would continue to surprise and revolutionize the world.

A little over a year later Bitcointalk user Artforz discovered a new way to mine bitcoin. In search of more efficient and rewarding mining methods, he found out that Graphics Processing Units (GPUs) were way better at mining blocks. This discovery not only changed the game for miners, but it also affected computer gamers, albeit in a negative way.

As the discovery was made, many miners around the world began hoarding GPUs. The result was skyrocketing GPU prices and a huge shortage in the supply of said GPUs. Some of the prices doubled or even tripled during this so-called GPU crisis. With the introduction of ASIC miners, this crisis came to an end.

As the mining community grew bigger and bigger, several miners recognized that bundling their computational power could increase efficiency and thus rewards. At the end of 2010 the concept of ‘mining pools’ was born. One of the first mining pools was Slushpool. This pool is still among the top of mining pools today.

The next step: ASIC miners

As the years went by and more and more businesses recognized the potential of bitcoin mining, the development of mining equipment gained speed. At the beginning of 2013, the chip designer Avalon brought to market its first Application Specific Integrated Circuits (ASICs).

These chips were specifically designed for mining bitcoin, or other cryptocurrencies, and were more efficient than GPU and CPU miners. To this day ASIC miners remain the go-to choice for many starting and advanced miners. On top of that, each year these ASIC mining rigs become more efficient as development goes on. This is not only good news for your wallet and the Bitcoin network, but also benefits the environment as you can read in our blog post about bitcoin mining and renewable energy sources.

END_OF_DOCUMENT_TOKEN_TO_BE_REPLACED 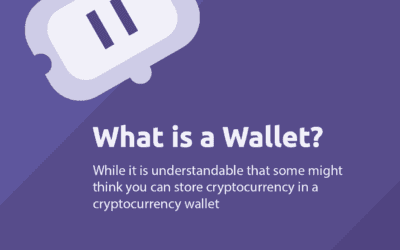 What is a Wallet?

Once you have set up your ASIC miner and connected it to the internet, you can begin mining cryptocurrency. However, it is important to consider how you will store the mined cryptocurrency. In this article, we will discuss the options available and best practices for storing cryptocurrencies such as Bitcoin (BTC).

END_OF_DOCUMENT_TOKEN_TO_BE_REPLACED 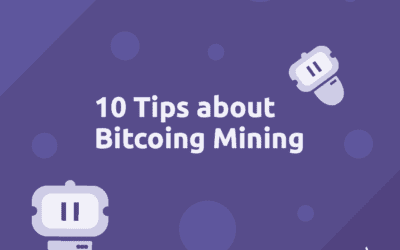 Mining Bitcoin is a great way to earn blockchain-based passive income. However, some people still think that BTC mining is hard, complicated, and only accessible to computer experts and people with a lot of crypto experience. Fortunately, it doesn’t have to be this way – reading through these 10 tips about Bitcoin mining will let you start mining BTC effortlessly!

END_OF_DOCUMENT_TOKEN_TO_BE_REPLACED
Home Account Cart
Search
We use cookies to ensure that we give you the best experience on our website. If you continue to use this site we will assume that you are happy with it.AcceptPrivacy Policy