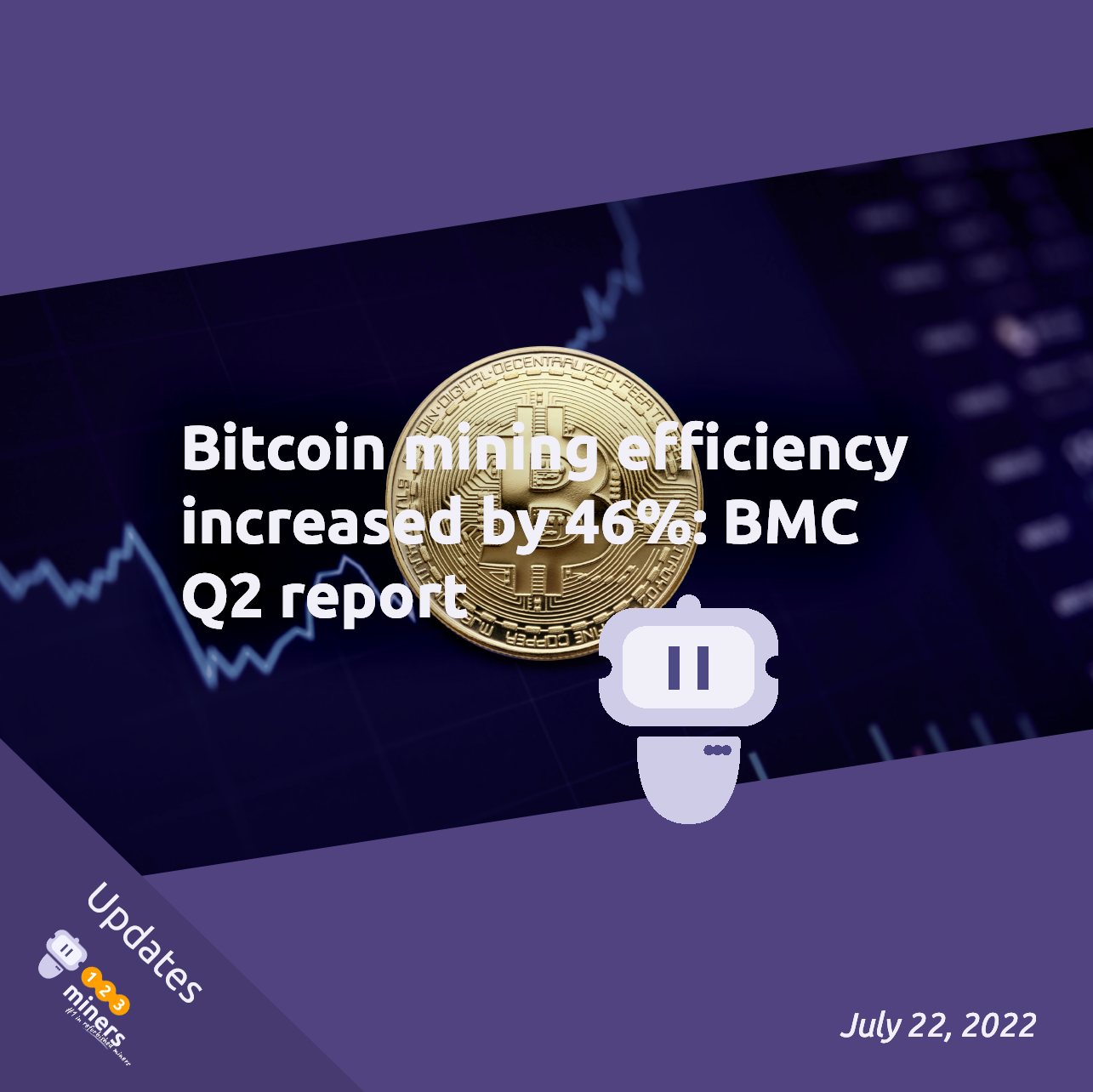 New data from the Bitcoin Mining Council (BMC) shows that bitcoin miners have become more efficient in the second quarter of 2022. The data shows a continuing trend of increased efficiency and use of green energy sources among the world’s bitcoin miners. The BMC published the data in a report. Efficiency bitcoin miners increases The […]

New data from the Bitcoin Mining Council (BMC) shows that bitcoin miners have become more efficient in the second quarter of 2022. The data shows a continuing trend of increased efficiency and use of green energy sources among the world’s bitcoin miners. The BMC published the data in a report.

The BMC presents several data points that are interesting for us enthusiasts. First of all, the efficiency of miners is improving, a trend that has been present for years. It is also not a big surprise that we see this development as efficient bitcoin miners can make bitcoin mining operations more profitable.
In Q2, the hash rate that miners produced grew by 6%. This while the total energy consumption grew by only 2%. This means the efficiency increased by 3% compared to the previous quarter. When we compare these figures on a year-on-year basis, they are even more impressive.
In the past 12 months, the energy consumption grew by 63%, while the hash rate saw an increase of 137%. That means that year on year; the efficiency increased by 46%! According to the estimates of the BMC, the efficiency will improve another 3x in the coming four years. At the same time, the Bitcoin network reduces energy consumption incentives by 2x every four years with its halving events. The BMC concludes based on these figures:

“Bitcoin mining is guaranteed to be dramatically more energy efficient in the next eight years.”

Green energy on the rise for Bitcoin

Next is data that paints a green picture once again for Bitcoin. The members of the BMC, 45 miners representing 50.5% of the total hash rate, used green energy for most of their energy sources. 66.8% of the energy mix of these companies consisted of sustainable energy sources in Q2.
Based on the figures that the members provide to make these reports, the BMC also estimates the energy mix of the bitcoin mining industry as a whole. The majority of the energy mix of the global mining industry turned green in Q2. To be exact, it consisted of 59.5% of green energy sources. This is an increase of 2% compared to the previous quarter.
All in all, we can conclude that Bitcoin is indeed turning greener. The increasing efficiency is another factor that gives Bitcoin a better image, making bitcoin mining a more sustainable business. Interested in mining BTC? Start now by having a look at our refurbished bitcoin miners!

END_OF_DOCUMENT_TOKEN_TO_BE_REPLACED

END_OF_DOCUMENT_TOKEN_TO_BE_REPLACED
We use cookies to ensure that we give you the best experience on our website. If you continue to use this site we will assume that you are happy with it.AcceptPrivacy Policy