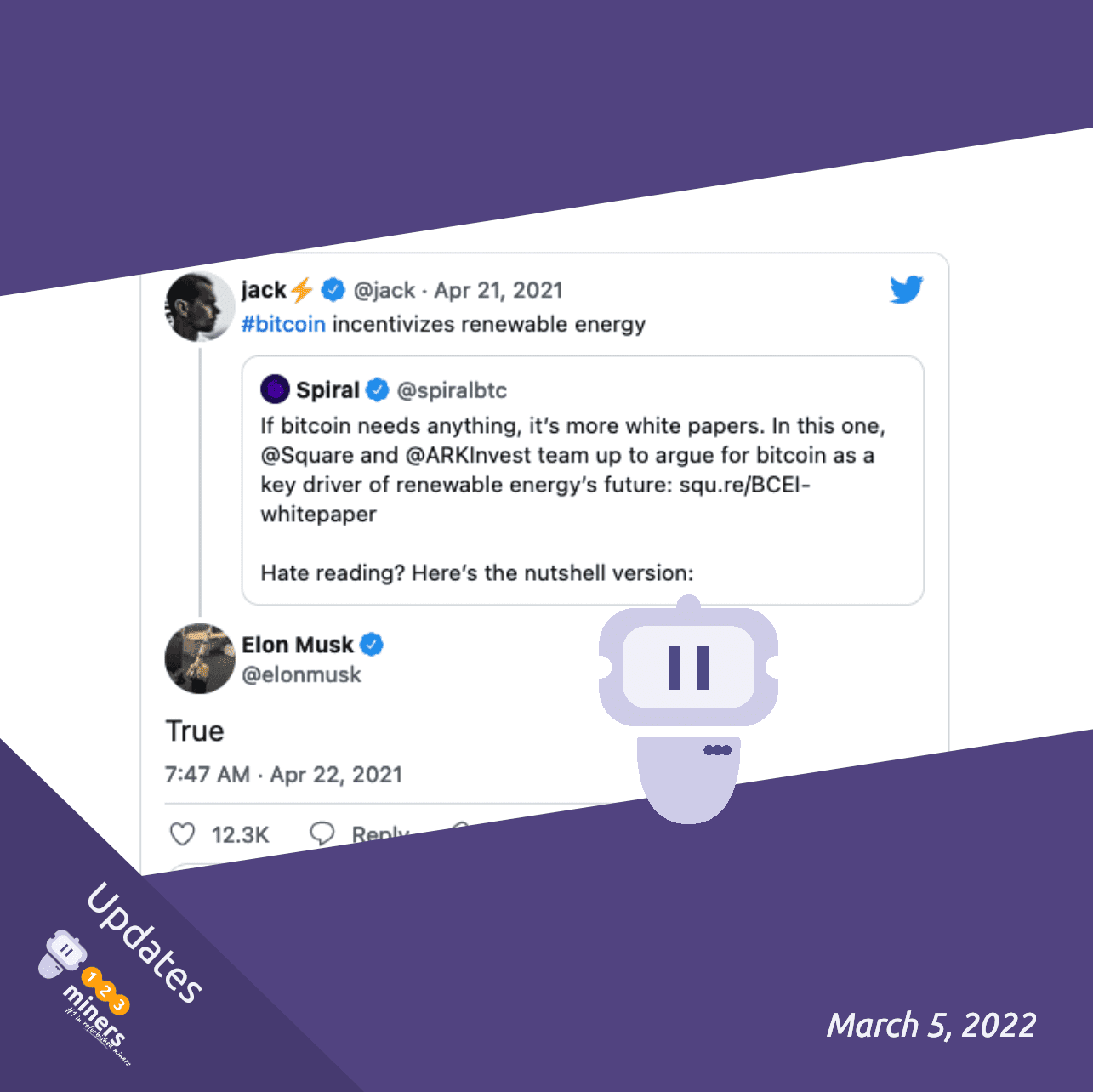 Bitcoin (BTC) mining uses a lot of electricity, and for that, it sometimes receives a lot of criticism. The Bitcoin network as a whole does indeed use a lot of power to secure the blockchain. People often state that the Bitcoin network is therefore wasting energy and emitting a lot of greenhouse gasses. But a […]

Bitcoin (BTC) mining uses a lot of electricity, and for that, it sometimes receives a lot of criticism. The Bitcoin network as a whole does indeed use a lot of power to secure the blockchain. People often state that the Bitcoin network is therefore wasting energy and emitting a lot of greenhouse gasses. But a new report published by Ark Invest and payment provider Square shows that the opposite might be true!

Bitcoin is a key driver for renewable energy

The researchers begin their memo by stating that bitcoin miners are unique energy buyers. They are highly flexible and can quickly turn off their operation. On top of that, they can move wherever they want in the world, making them “location-agnostic.” These are essential factors to keep in mind regarding the consumption of renewable energy sources by bitcoin and crypto miners.

In the report, the researchers mainly look at solar and wind energy. Both sources have become much cheaper over the past years and are very scalable. When you need more power, you simply add a wind turbine or solar panel. This causes the researchers to believe that while more and more governments, companies, and people start to use these sources, the prices will come down even more.

There is, however, a problem that they have to deal with. For solar, it is the fact that the sun doesn’t always shine and shines less during the winter months. On the other hand, the wind is often unpredictable but does tend to blow harder during the nights. In other words, energy generation isn’t always constant, and so is its consumption of it. This causes a challenge for operators of these renewable energy plants.

Ark Invest and Square state that by including bitcoin mining in the operation, the costs and unpredictability of renewable energy generation can be minimized. It enables operators to “overbuild” their plant without wasting energy as an energy surplus can be used to mine bitcoin. This could lead to the following:

“With bitcoin mining, renewable energy could provide a large percentage of any locality’s power economically. As a follow-on effect, cost declines associated with scaling renewables should most likely accelerate, leaving them even more economically competitive at equilibrium.”

Renewable energy sources are a great way to generate energy. The downside is, however, that they can’t easily be turned off. This is especially true when we look at hydropower and wind energy. Once there is a lot of energy generation, but there is no demand, let’s say during the night, the power is wasted. Miners can scoop in and use this cheap electricity to mine bitcoin while making the operation of the renewable power plant a little more economical!

The report was immediately shared on Twitter by Jack Dorsey, the CEO of Twitter and Square. Elon Musk, the CEO of EV brand Tesla and SpaceX, let the world know in a reply that he agreed with the statements made in the report.

END_OF_DOCUMENT_TOKEN_TO_BE_REPLACED

END_OF_DOCUMENT_TOKEN_TO_BE_REPLACED
We use cookies to ensure that we give you the best experience on our website. If you continue to use this site we will assume that you are happy with it.AcceptPrivacy Policy